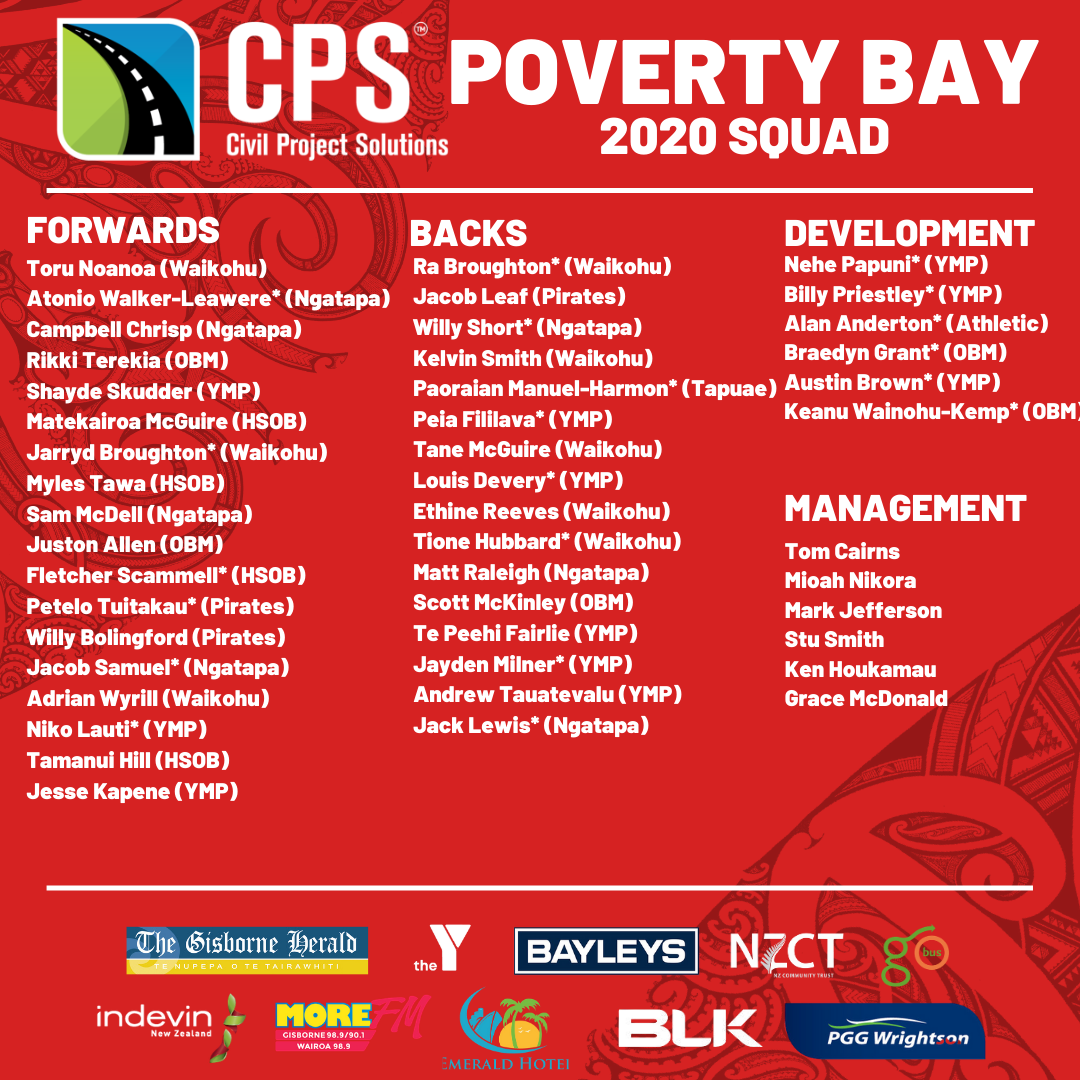 There are 34 players named in the squad and an additional six named as development players. All 40 players are local club players. No loan or players of origin players will be used this year.

Poverty Bay Head Coach Tom Cairns said it was a lively selection meeting this morning after a great Town and Country game. He said it was an incredibly difficult squad to select and there are a good number of very unlucky players out there that any other year would have been selected.

“We’re fortunate with the depth of players to choose from this year – that’s a huge credit to the players and club coaches.

‘This squad has depth right across the board and the ability to play an exciting brand of rugby,” said Cairns.

There is a good balance of experience and youth. 13 players in the squad haven’t worn the scarlet red before – nine of which are yet to play a first-class game, however, four have played for other provinces in the past.

The six development players are all Under 20 and Cairns said while they have been named with an eye to the future, all six may find themselves with an opportunity to play this year.

Cairns said there are a few niggling injuries in the squad so he will be making a few calls today to invite a few more players to training this week.

All 40 players are invited to meet at 6pm the Referees’ Room at Rugby Park.