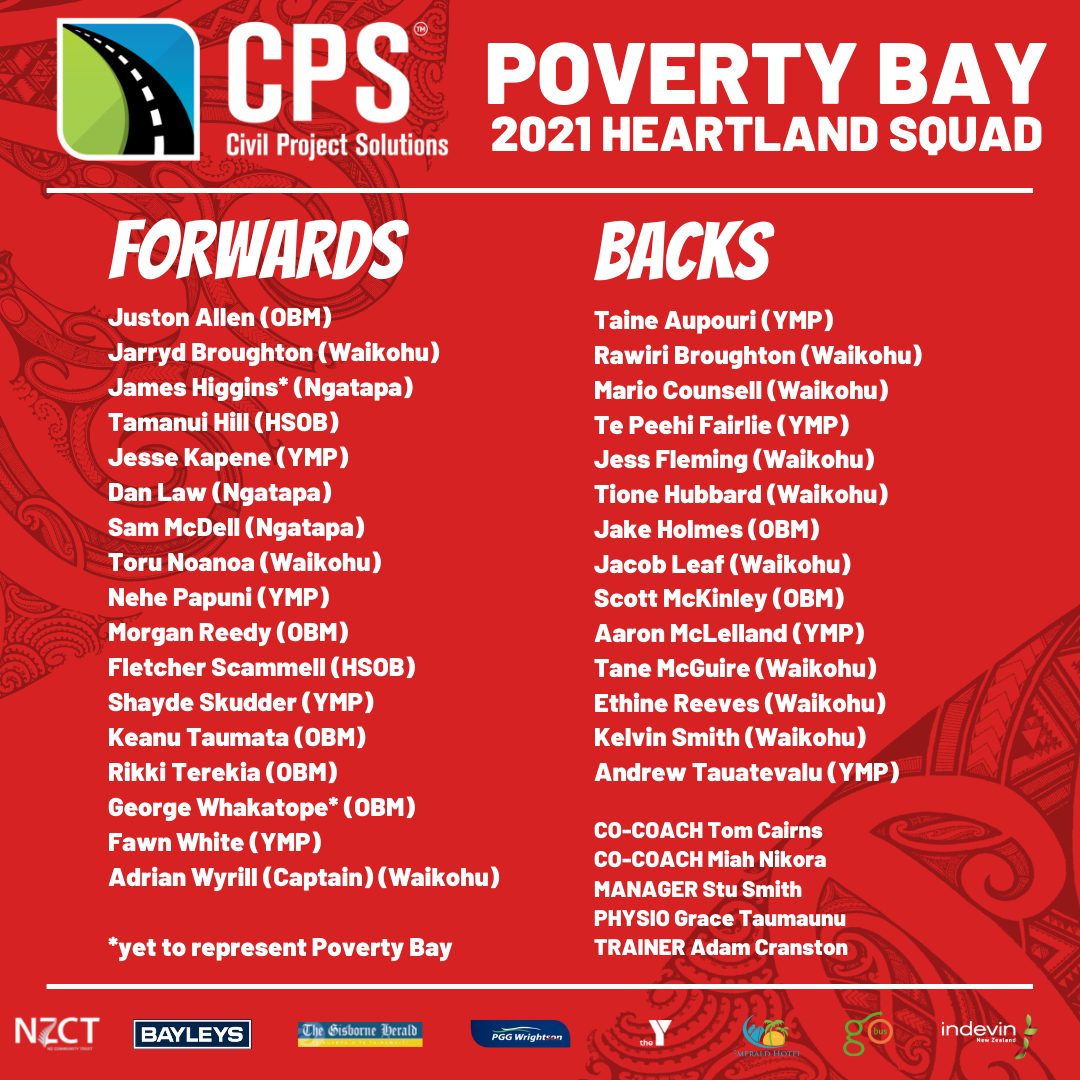 Heartland Coaches Miah Nikora and Tom Cairns are excited to announce the 2021 Civil Project Solutions Poverty Bay Heartland Squad.
Both coaches said there’s very little change from the Queen’s Birthday squad and paid compliment to everyone involved in this year’s club competition, which contributed to the quality of players coming through.
“We have a lot of depth in the prop and loose forward areas, and we’re excited about the skill and variety the backs can offer. It’s also a privilege to name Adrian Wyrill as captain for the second year.
“Players who have missed out on the 31 man Heartland squad will be named in the Development and U20 Squads over the next couple of weeks, including a few who are still coming back from injuries. They will all have the opportunity to push into the Heartland squad later in the campaign.
“We’re pleased to continue our 100% local player policy. We are talking to a number of Player of Origin players but at this stage will only be brought into the squad as injuries and unavailabilities occur,” Tom and Miah said.
Training starts for all players 6pm Tuesday 20 July at the Rugby Park Referees Room.
The Bunnings Heartland Championship starts with a home game at Rugby Park against King Country Saturday 21 August.
Two pre-season games are scheduled for:
🏉 31 July v Wairarapa-Bush for the Jeremy David Cup in Napier
🏉14 August v Hawke’s Bay Saracens in Napier
FORWARDS