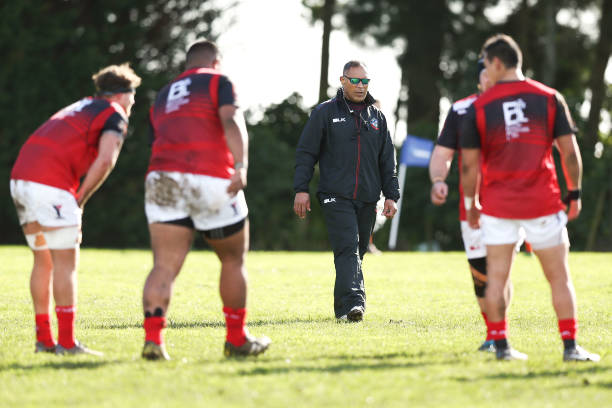 ‘We’re leaking points, as simple as that’

Poverty Bay coach Mana Otai says he is still backing his side despite a 50-0 thumping by Wanganui in the Heartland Championship here on Saturday.

“We’re leaking points, simple as that, but we are working on it,” said Otai, whose side are third from the bottom of the 12-team competition after one win and two losses.

“We have structures in place but it’s the one-on-one tackles that are hurting us, and that’s something we need to fix.

“Players are reaching out when they tackle instead of going low and hitting attackers hard.

“There are other aspects of our game that need looking at and as coaches and management staff we need to come up with the answers.

“At the same stage last year, we’d lost our first three games, so in that respect we’re better off points-wise.

“It is a big game for us this weekend, away to West Coast, who are in a similar position.

“I’d like to say we’ll be targeting West Coast for a win but they will be looking at us and saying the same.

“We have to respect West Coast. We beat them here last year and they will want to reverse that result, and they have home advantage.”

If the Bay can go to Greymouth and win it could lift them up several placings on the table, depending on how other results go.

Victory would also be a huge boost ahead of what is shaping up as a close local derby match against Ngati Porou East Coast at Whakarua Park, Ruatoria, in two weeks.

Otai would not be drawn into the what-if scenarios.

“We can’t afford to look beyond what we can control. We have to focus on taking each game as it comes.

“It’s a cliche but still true. West Coast are our No.1 priority.”

While accepting Wanganui were in a different class to his side at the weekend, Otai said the defending Meads Cup (top four) champions, along with the South Island teams Mid Canterbury, South Canterbury and North Otago were the most professional teams in the competition.

“Wanganui have long been the stand-out team in the Heartland Championship and the three South Island teams have players who are chasing professional contracts with Canterbury, which is a huge incentive.”

Otai said Bay centre Mape Tuipulotu, who left the field after 64 minutes with an ankle injury, should be fit to face West Coast.

“Mape and Anthony Karauria (a late replacement for Jesse Fleming) worked hard in midfield. At times we had to defend seven or more phases but when we turned the ball over we couldn’t take advantage.

“The Wanganui back three were all up in the line and that’s when we needed to look up and turn them around with kicks in behind.

“That comes down to having the experience and the vision. It also comes down to getting away with mistakes at club rugby that you don’t at Heartland level.

“Again that’s something we’ll be working on this week — being aware of situations as they happen on the field and taking advantage.”

Poverty Bay players will be hoping to put themselves in the spotlight for a place in the Heartland Championship squad at the end of the season.

Loosies, Callum McDonald and Jesse Kapene and winger-turned-first-five Andrew Tauatevalu have put their hands up so far.