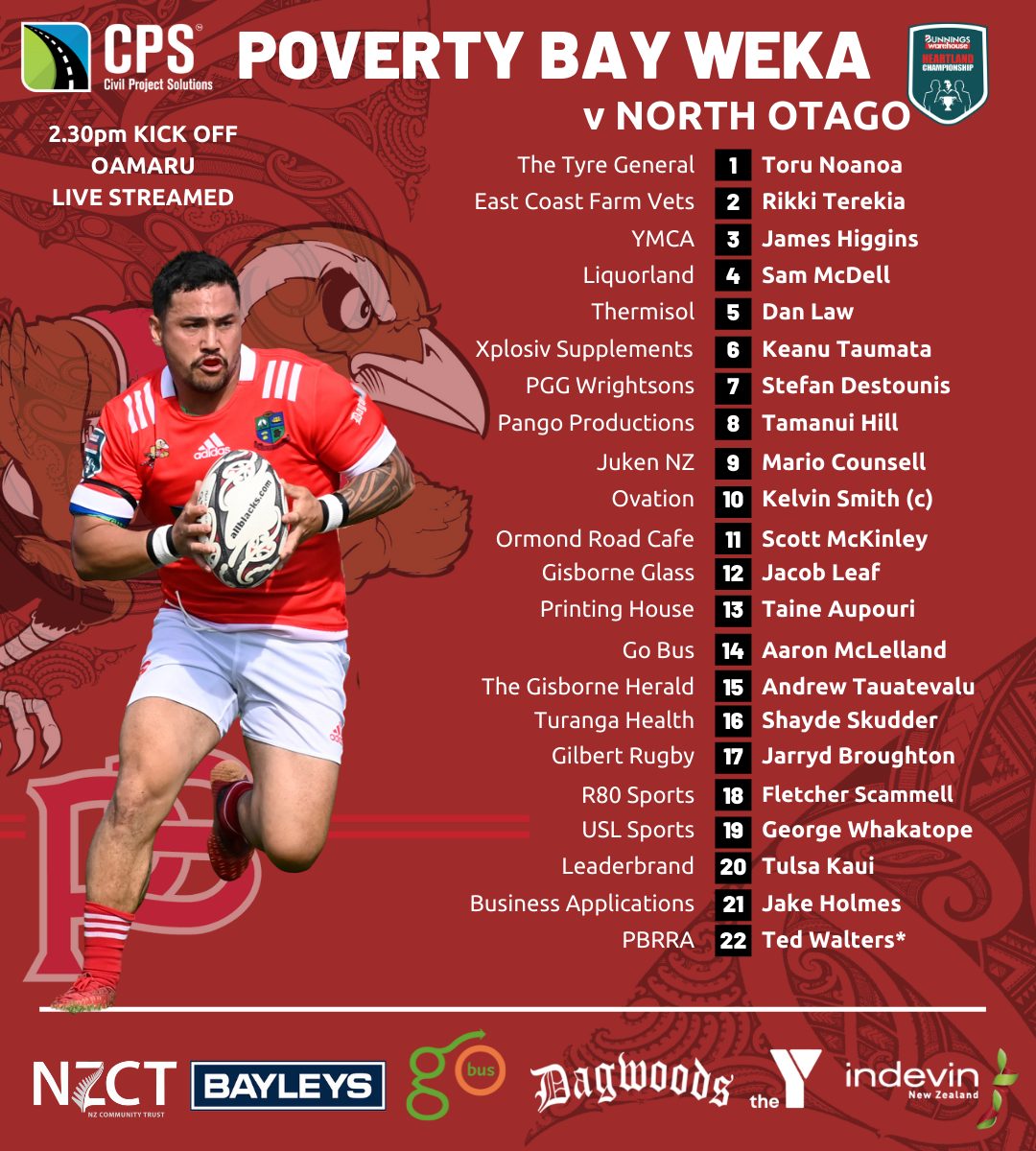 Poverty Bay head south this weekend for their second away game of the season, playing North Otago in Oamaru.

Both teams come into the game with 10 points on the competition table, separated only by a 13-point differential.

They, alongside Whanganui and Mid Canterbury, have two wins and a loss, while South Canterbury, Thames Valley and Horowhenua-Kapiti occupy the top three spots, having had three wins.

Poverty Bay co-coach Tom Cairns said the team had faced several “niggly” injuries this week and would be looking to use their depth to cover.

In the backline, dangerous centre Penikolo Latu is out with a groin strain and wingers Te Peehi Fairlie and Tione Hubbard are also out.

Cairns said that with players like Taine Aupouri, Scott McKinley and Jake Holmes — all seasoned campaigners — waiting in the wings, the team would not lack attacking potential.

The leadership from Terekia and Skudder had been a key factor in the team’s success this year, Cairns said.

“Both those guys were superb on Saturday. They’re both really intelligent players. There’s a reason why they’re our vice-captains, they’re always in the action.”

Cairns said they’d assessed North Otago as a team with “weapons everywhere” that would have to be shut down.

North Otago have a traditionally physical forward pack that, from footage, looked to be the same this year, Cairns said.

“They love a hard carry and to play the ball wide as well.”

North Otago come into tomorrow’s game having bounced back from a 25-17 loss to Horowhenua-Kapiti with a 32-20 win against Mid Canterbury last weekend.

Cairns said he expected a tough game against a team with a traditionally strong home-ground advantage. They would be keen to use their forward pack in the wet.

“We’re hoping to contest. We certainly want to be better than last time we travelled.”

With no playoffs before the Meads Cup and Lochore Cup finals, only five games remain to separate the front-running teams from the rest. So far, Poverty Bay are in the top half of the competition.

They are in a four-way tie for fourth place on points with Whanganui, Mid Canterbury and North Otago.

With a shortened season, teams have already played three of their eight regular-season games.

It won’t be an easy road for Poverty Bay, who have still to play Thames Valley (second on the standings) and Horowhenua-Kapiti (third).

While Poverty Bay are still in the running for a berth in the Meads Cup final, they will likely have to be perfect for the remainder of the season if they want to be playing finals football.

Over the past two weeks they have shown they can be real challengers in the Heartland Championship this year.

After a slow start, their blowout 76-14 win against Buller and hard-fought 34-20 victory over West Coast last week showed their potential, if they play as a team.

Cairns said that while they had been keeping an eye on what other teams were doing, their focus was on what they could control.

“The Heartland history doesn’t count for much,” he said. “It just matters what you do each week.”