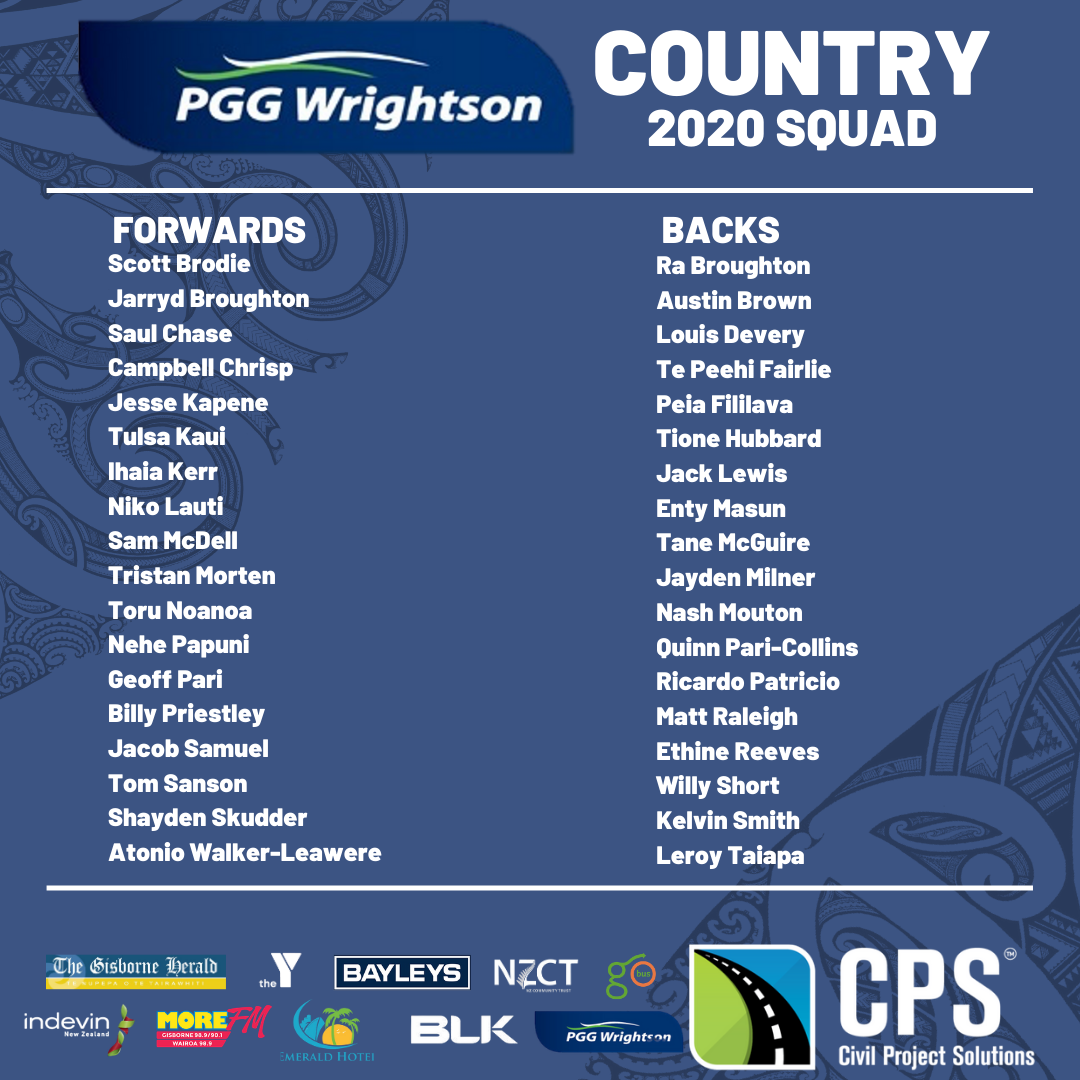 Congratulations to all players selected for this year’s Civil Project Solutions Town and Country game.
Selectors have named big squads this year. Poverty Bay Heartland Head Coach and The Gisborne Herald Town team Head Coach Tom Cairns said there are a number of players carrying injuries and anticipate a few more after this week’s Lee Brothers Shield Final, plus there are always a few unavaibilities.
Cairns also said it was difficult to shorten the list when so many players deserve the opportunity to play at a higher level after outstanding efforts for their clubs.
This year’s game will be three periods of 30 minutes. Scores will restart at the end of each period, essentially creating a series of three 30 minute games on the day. Every player should expect to play at least one 30 minute period.
It will come as a surprise to some this year, but Andrew Tauatevalu and Adrian Wyrill have been selected for The Gisborne Herald Town team this year. They are playing for PGG Wrightson Country teams this year – YMP and Waikohu respectively. Selectors have deemed players must remain with the representative team they first played for. Tauatevalu and Wyrill played for HSOB and OBM respectively last year and represented Town in the CPS Town and Country series last year.
There are also a number of Senior One players named in The Gisborne Herald Town team this year too. Wairoa Athletic and Tapuae players have been classed as ‘Town’ players.
Those players not involved in Finals this coming weekend are invited to a combined session at 6pm this Thursday at The Oval.
As mentioned Cairns will be Head Coach of The Gisborne Herald Town team and Heartland Assistant Coach Miah Nikora will take the reins of PGG Wrightson Country. Both teams will be supported by club coaches and managers.
****Apologies, Lynden Manuel and Kupu Lloyd were originally selected but weren’t on the poster – sorry Lynden and Kupu****
Players not considered due to injury:
Semisi Akana
Nicolas Carizzo
Jacob Cook
Stefan Destounis
Lance Dickson
Jake Holmes
Jason Jones
Matekairoa McGuire
Isaac Thomas