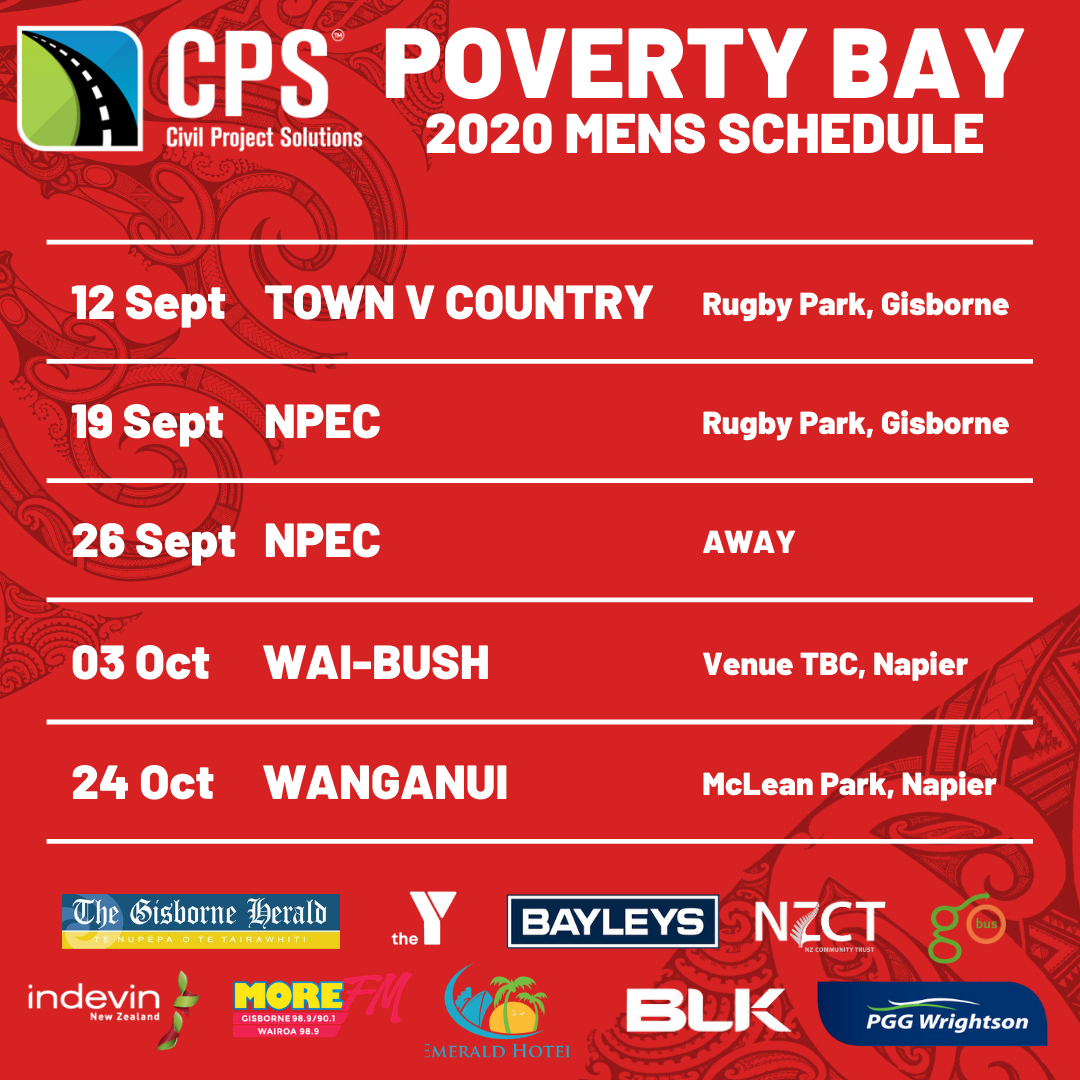 Poverty Bay Rugby is pleased to announce four First-Class games for our CPS Poverty Bay Heartland Team.
Poverty Bay Rugby CEO Josh Willoughby said with so much uncertainty at the beginning of the year and subsequent cancellation of this year’s Mitre 10 Heartland Championship, it’s great to be able to provide a representative schedule for players and management.
“The cancellation of Heartland was a difficult pill to swallow. It represented more than just the cancelling of games, it signalled a huge shift in our lifestyle and the very risk of no rugby this year.
“To now be at a point where we’re about to crown the winners of a full senior club rugby season and prepare for first-class Poverty Bay fixtures is incredibly heartening.
“This is as much about rewarding club players who have had an outstanding season as it is about getting our community to come together and cheer them on,” said Willoughby.
The representative window starts with a Town v Country game, which proved popular among players and spectators last year. It is also a great opportunity for more club players to play at a higher level as well as referee and coach development.
The PGG Wrightson Country team is selected from players at Ngatapa, Waikohu and YMP, coached by Heartland Assistant Coach Miah Nikora and supported by club coaches and managers.
The Gisborne Herald Town team is selected from players at HSOB, OBM and Pirates as well as Tapuae and Wairoa Athletic. The team is coached by Heartland Head Coach Tom Cairns and supported by club coaches and managers.
The Town and Country teams will be announced this Sunday 30th August. Training will start next week for those not involved in the Final with details to be released along with the team announcements.
The CPS Poverty Bay Heartland Squad will be announced after the Town and Country match and prepare for its first game against Ngati-Porou East Coast the next week. It will be the first of a home and away series.
Wairarapa-Bush will then put the Jeremy David Memorial Cup up for grabs the next week in a day-trip for both teams to Napier. The venue is to be confirmed.
The team will have a couple of weeks off to spend time with their families and enjoy the A&P Show for the first time in years before playing Wanganui over Labour Weekend as part of a double-header with Hawke’s Bay and Manawatu at MacLean Park.
A Development Programme for Under 14 Boys, Under 16 Boys and Secondary School Girls is also confirmed for the second week of the holidays – to be held 6th, 7th and 8th October. The programme includes strength and conditioning, nutrition and mental skills sessions as well as positional-specific skills. Further details and the registration process will be available in the next couple of weeks.