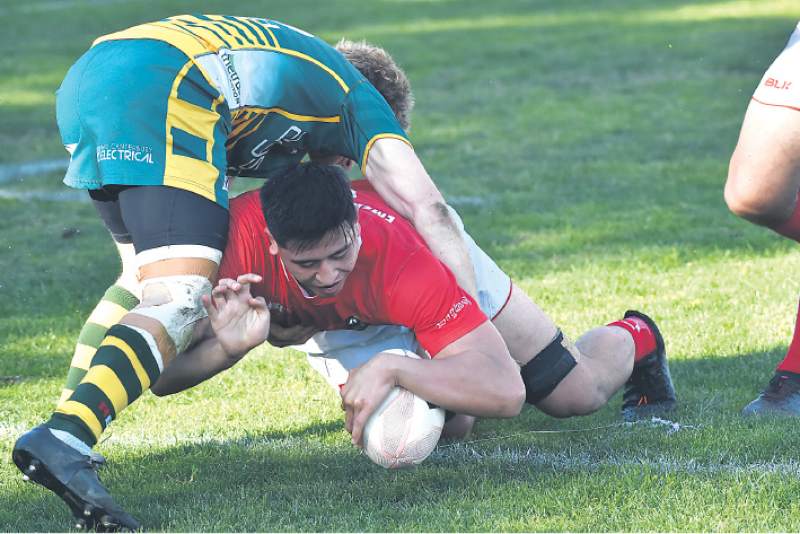 Contract Consultants Poverty Bay piled on the points in the second half to take maximum points in its game against Mid Canterbury.

The win takes the team into the Top 8, sitting level with 7th placed Wanganui on 13 points. Only five points separates the Top 8, which means all eight teams are in the hunt for a place in the Meads Cup with three games remaining in the regular Mitre 10 Heartland Championship season.

The sides then traded seven pointers for 14-14 after 25 minutes, before Ta’uatevalu snatched an intercept to put Poverty Bay out in front.

But a penalty to Mid Canterbury first-five Corey McKay, who also had a good day with the boot, was followed by an automatic seven points right on halftime for a penalty try to really hurt the home side, now trailing 24-19.

Nonetheless, they came back out strong as prop Toru Noanoa scored one of his two tries, before Mid Canterbury went under the posts to once again take the lead.

Poverty Bay needed something and Ta’uatevalu provided it, as he scored the corner and then nailed the sideline conversion for 33-31.

Just four minutes later, Ta’uatevalu had snatched another intercept and was off for his hat trick, as Poverty Bay felt the visitors cracking.

Flanker Quade Tapsell scored after following up from reserve Mario Counsell forcing a turnover from a Mid Canterbury scrum, and then Noanoa had his double to make the home team safe, even when they again conceded late points in the form of Mid Canterbury’s fifth converted try.

Dotting down for the visitors were No 8 and captain Jon Dampney for his third try this year, along with centre John McAtamney, halfback Will Mackenzie and reserve forward Matt Groom.