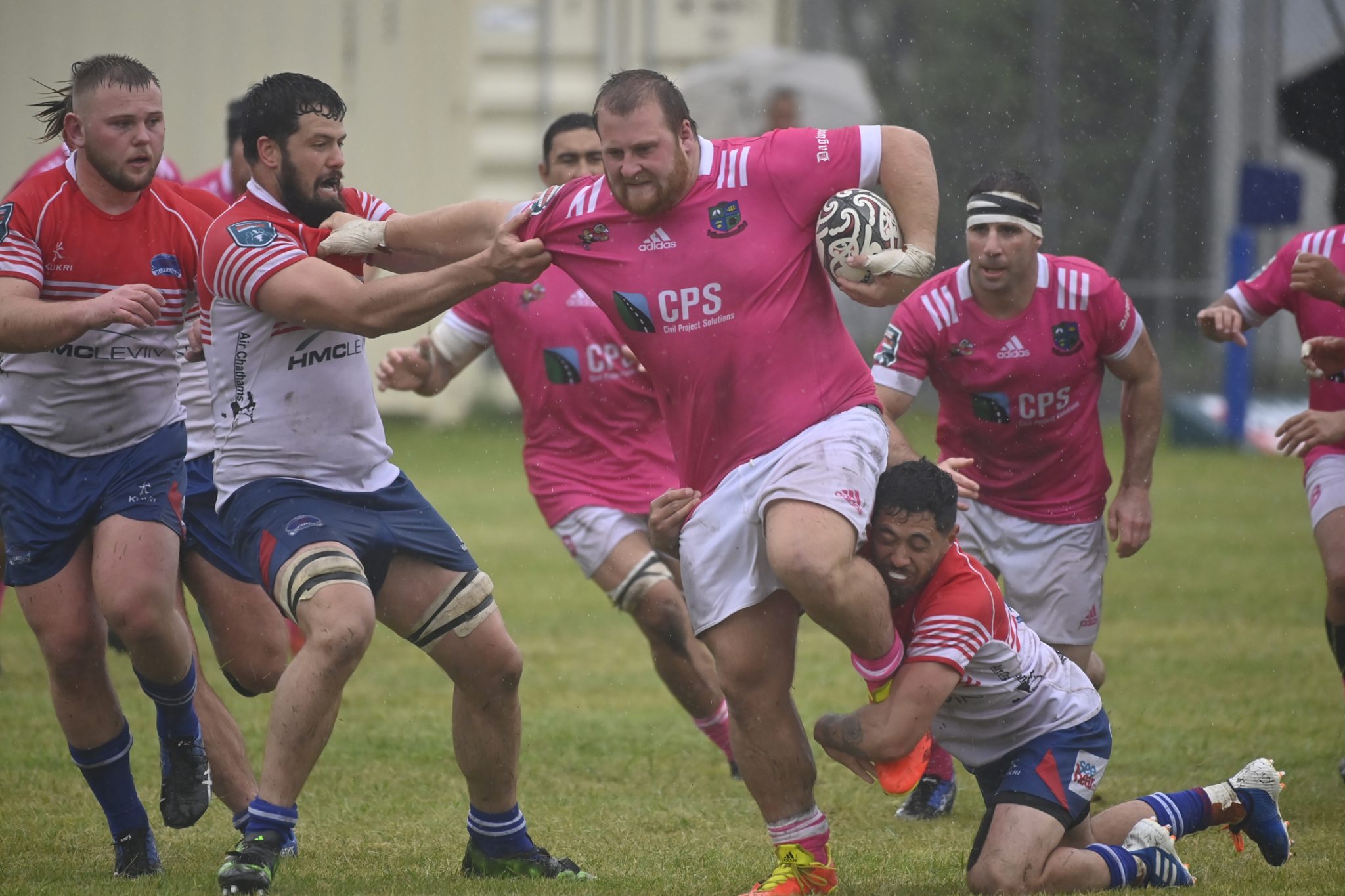 A 19-3 run of points in the last 15 minutes has given Poverty Bay the chance of playoff silverware in Heartland Championship rugby.

Halfback Mario Counsell dived over the line in the 84th minute for the decisive try in a 34-33 win for Civil Project Solutions Poverty Bay Weka against Horowhenua Kapiti.

In heavy rain on the Gisborne Boys’ High School rectory ground, Horowhenua Kapiti were dominant for the greater part of the game before Poverty Bay’s spirited comeback won the day.

The result means Poverty Bay finish their regular season fifth on the table and will play sixth-placed Mid Canterbury at 2.05pm on Sunday, at a venue to be confirmed, for the newly contested Bill Osborne Shield.

With Saturday’s loss, Horowhenua Kapiti slipped from fourth — and the prospect of a place in the Lochore Cup final — to seventh.

Yet when prop Dave McErlean’s 65th-minute converted try increased their lead to 15 points, it looked as if they had done enough to secure victory and a Lochore Cup final spot.

But the Bay hit back almost immediately, earning a penalty straight after the restart and turning a kick for touch into a try through fullback Paoraian Manuel-Harman.

A trio of pick-and-goes brought in the outside defenders before Manuel-Harman, a stand-out performer this season, slipped his tackler to score in the corner. He quickly converted his own try.

It was then that Andrew Tauatevalu, on as a replacement winger, produced some of his trademark magic.

In his first game after being injured a month ago, Tauatevalu chased down a nothing-looking Counsell box-kick from halfway. The ball took a nasty bounce and Tauatevalu — at full speed — reached out and grabbed the ball one-handed, despite the terrible conditions, to score one of the Heartland Championship tries of the year.

Poverty Bay had closed the margin to one point with seven minutes to play, but Horowhenua Kapiti weren’t about to roll over.

Halfback Jack Tatu-Robertson kicked a difficult 40-metre penalty, to give them a four-point buffer with just over three minutes on the clock.

From the kick-off, replacement winger Te Peehi Fairlie latched on to the ball at the first breakdown and earned a penalty. Poverty Bay had one final shot at glory.

What followed was Horowhenua Kapiti holding on by the skin of their teeth, and being continuously penalised as their tired bodies cut corners in desperate defiance of Poverty Bay’s efforts.

After seven minutes of relentless Bay pressure, Counsell squeezed through a gap in the defence to dot the ball down in front of referee Tipene Cottrell.

Horowhenua Kapiti had been patient and persistent on offence and well-organised on defence.

Aided by Poverty Bay’s poor discipline — with prop James Higgins and winger Taine Aupouri both spending time in the sin-bin for poorly timed dangerous tackles — Horowhenu-Kapiti looked to be in the driver’s seat after McErlen’s try.

Poverty Bay co-coach Miah Nikora said the management team were proud of how the team galvanised under adversity to win the game.

The players showed massive fight and effort to come back in those conditions.

As a coach, he wished they hadn’t put themselves in a position to have to score so many points at the death.

All they needed to do was believe in themselves as a team.

“But once they got a sniff, they were right there in the game.”