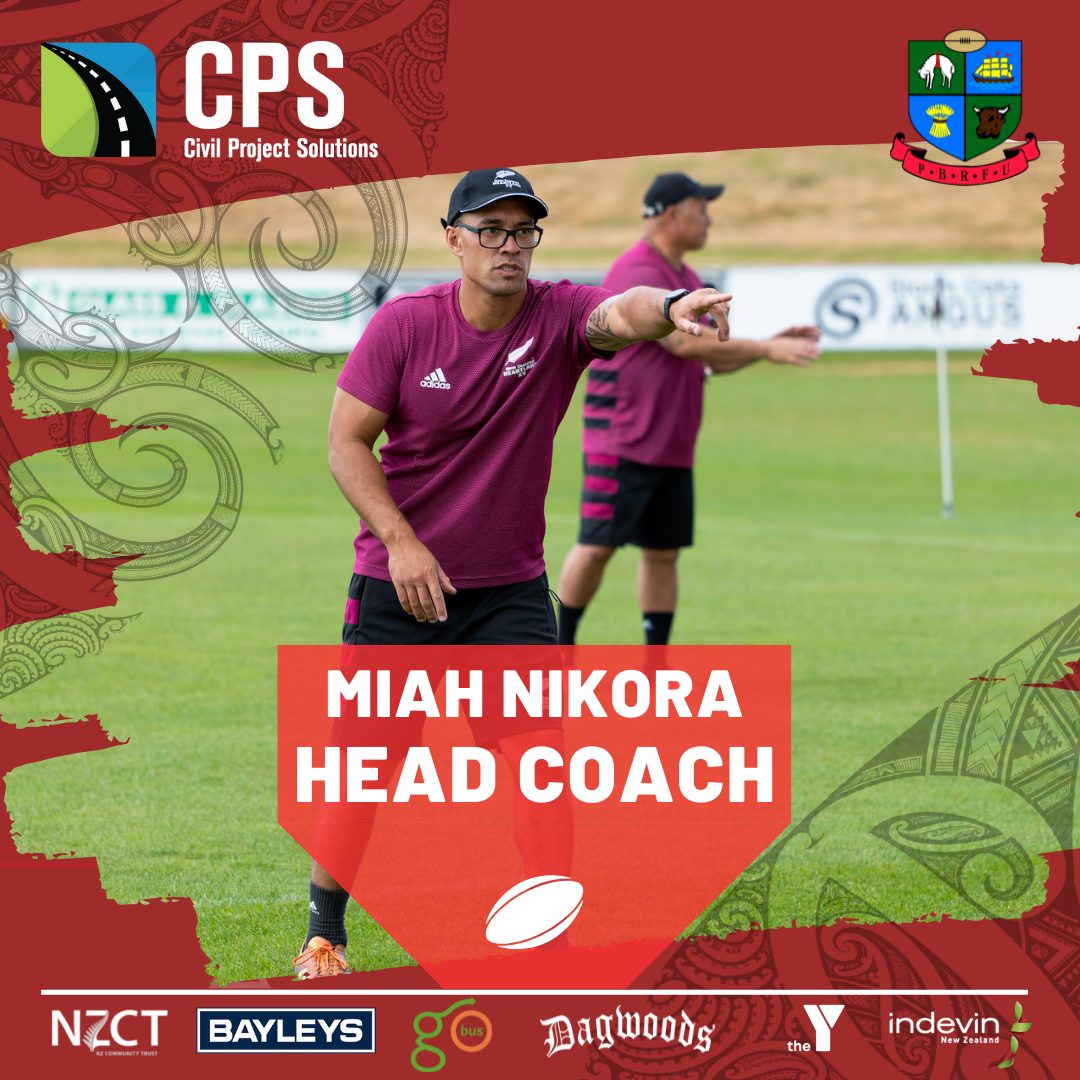 Miah has been part of the CPS Poverty Bay Heartland coaching and management team since 2018 – working his way from trainer in 2018 to assistant coach for a couple of years and co-coach last year with Tom Cairns.

Poverty Bay Rugby CEO Josh Willoughby said the promotion of Miah is an exciting one for him and his whanau as well as the Poverty Bay Heartland whanau.

“Miah quickly earnt the respect of players and management back in 2018 when he came in as a late trainer replacement for the season. His tactical knowledge and experience as one of Gisborne’s most gifted professional rugby players had the players firing each training and game.

“Him and Tom worked incredibly well together last year as co-coaches and we saw the benefit of that last year with a tight-knit team culture and exciting brand of rugby.

“The step up for Miah is exciting for him, Amber and their whanau and the Poverty Bay Rugby whanau is excited for them,” said Willoughby.

For Nikora, the role means a lot for him and his whanau and looks forward to building on the performances and culture on and off the field.

“Becoming head coach of this team means a lot. Tūranganui-a-Kiwa is where I’m from, where I grew up and I’m proud to guide this team moving forward.

“My whanau has a proud history representing Poverty Bay with my father and numerous uncles having worn the jersey over the years. My ambition is to add to this legacy the way I can by building on the growth we saw last year both in our on-field performance but more noteably in the overall team culture and environment.

“I’m grateful to Tom, for giving me the opportunity to come on board as his assistant in 2019. I have personal goals as a head coach and I’m excited to get stuck into this role,” said Nikora.

Willoughby also thanked Tom not only for his contribution over the past few years but his willingness to suggest Miah’s promotion and support.

“I want to give our gratitude to Tom who first suggested Miah’s promotion last year and is stepping aside to support Miah as his assistant coach. It’s another sign of the supportive and encouraging culture this team has created and we couldn’t have asked for better support to Miah,” said Willoughby.

“The plan was always for Miah to support me in my first couple of years as Head Coach and, if things were going good, for me to eventually support Miah in a Head Coach role.

“Miah’s coaching abilities over the past few years shows he is going to be a great professional coach – to now step aside and play my part in him fulfilling that dream will be incredibly satisfying.

“We’ve shared the news with some of the leaders in the team and they couldn’t be more excited to play for Miah and our community – we’re all 100 percent behind him,” said Cairns.

Miah’s wasted no time, already starting his role with a meeting with senior players to plan this coming season. Expect a few exciting announcements coming in the next couple of weeks.