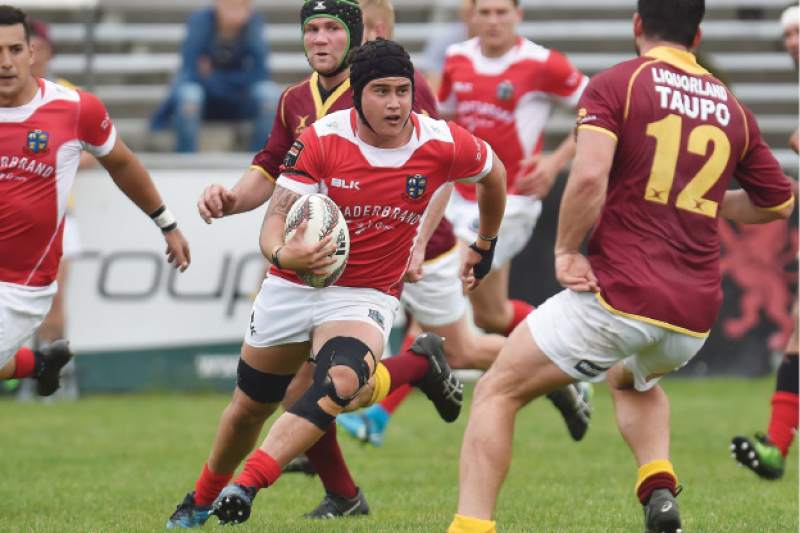 POVERTY Bay coach Mana Otai made no excuses for his side’s 56-22 loss to Mid Canterbury in their Lochore Cup rugby semifinal in Ashburton on Saturday.

“They were far too good on the day and fully deserved to win,” Otai said.

“We could look at some soft tries early on, but take nothing away from Mid Canterbury; they are a very strong, well-organised and skilful side.

“You could see why they were unfortunate not to make the Meads Cup (top-four) semifinals.”

Despite the eight-tries-to-three defeat, Otai, in his first season as head coach, said he was proud of the effort from his team.

“We’re a young side, with a few experienced players, with a lot of potential to develop.

“Mid Canterbury have got strike players all over the pitch and they used them well. We were always playing catch-up football, and then Mid Canterbury took the game to another level in the secondhalf.”

LeaderBrand Poverty Bay skipper and openside flanker James Grogan, who led from the front and was named the Bay’s man of the match, said it was a bitterly disappointing end to the season.

“Mid Canterbury are a good side but we made it hard for ourselves by falling off tackles and letting in soft tries, especially early on,” Grogan said.

“We all had high hopes going into the game but that’s the end of this season; now it’s about preparing for next year.”

Isn’t that a bit early?

“No, not if we want to be serious about trying to crack the top four,” Grogan said.

“I believe we have the basis of a good team, a young team who will have learned a lot from this season.

“But we need to put what we have learned into practice and that means starting with pre-season fitness training, then club competition and take it into the Heartland Championship.”

Not far behind Grogan in the man-of-the-match honours were hooker Tamanui Hill and prop Semisi Akana, who scored a try and set up one for winger Brody Lam before receiving a 35th-minute rib injury that forced him from the field.

Otai said others to play well were Akana’s replacement, Juston Allen, and “as usual” No.8 Siosiua Moala and fullback Ethine Reeves.