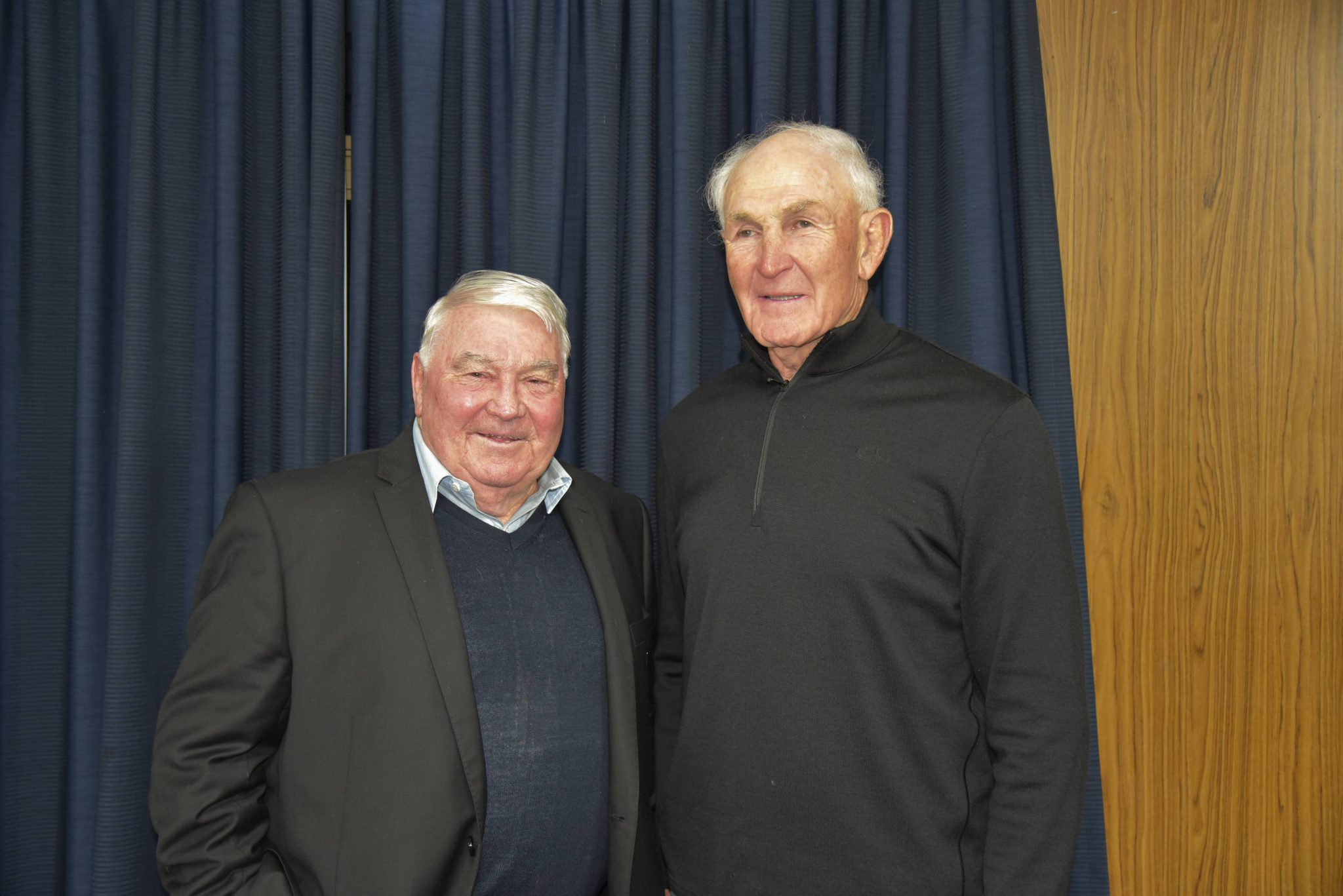 Outgoing President Dick Glover was thanked by Chairperson Hayden Swann for his tireless service to the Union.

“Dick talks of pride and honour in his valedictory report and it’s those virtues that sum up our sentiments toward Dick’s work over the past couple of years and 50 before that,” said Mr Swann.

Glover chaired the meeting in signature style with just enough decorum to respect history and entertaining challenges for the future.

Swann spoke to the Union’s purpose and focus on building culture last year.

“Rugby is for the people and needs an ethic of care from the Boardroom to the playing field. Peter Drucker is credited with the phrase ‘culture eats strategy for breakfast’, and for us culture isn’t an aspect of the game, it is the game.

“We adopted NZ Rugby’s The Rugby Way values as our own and incorporated them into our strategic plan. We look to these values to guide our decision-making and planning,” said Swann.

It’s those values that were behind new initiatives such as a ‘Locals Only’ policy for the Heartland Team, the removal of play offs in junior grades, the Town and Country series, consultation around junior and senior competitions.

Both Swann and Glover talked about improved relationships with clubs and schools, which is absolutely crucial for the sustainability and success of the Union.

Participation numbers grew 11% on 2018 numbers to around 2550 – an increase of 500 over the past couple of years and now the third highest of all Heartland Unions.

Willoughby was disappointed to report an operating deficit of around $39k.

The Union increased its revenue by around $70k, largely due to increased sponsorship and grant funding as well as more untagged funding from NZ Rugby.

Willoughby said, “the Union had budgeted for a small surplus but unbudgeted employee-related costs and an adjustment to depreciation calculations for the past few years pushed the financials into deficit.

“A change to the reporting year to 31 December last year did provide for a much clearer picture at the end of the year, which showed a positive net change in cash. Previously, the accounting year finished in October, when the Union received a quarterly funding payment and was still playing representative fixtures – the end of year cash position could be somewhat misleading.

Willoughby thanked all sponsors and the rugby community for its continued support and gave assurance the necessary changes had been made to generate a surplus and improve the Union’s financial position.

Of course, COVID-19 has had, and will continue to have, a significant impact on the Union and community, which presents financial challenges this year. Changes have been made to operations and support from the Government wage subsidy and Sport NZ Community Resilience Fund has been welcomed.

Willoughby finished by thanking the Board, staff, committee members and the rugby community for their efforts last year. He also spoke about finding the opportunities in challenging times and focusing on our clubs and people to inspire and unify our community through rugby.

Glover acknowledged the passing of a number of outstanding contributors to Poverty Bay Rugby in the last year:

A copy of the 2019 Annual Report can be downloaded here.