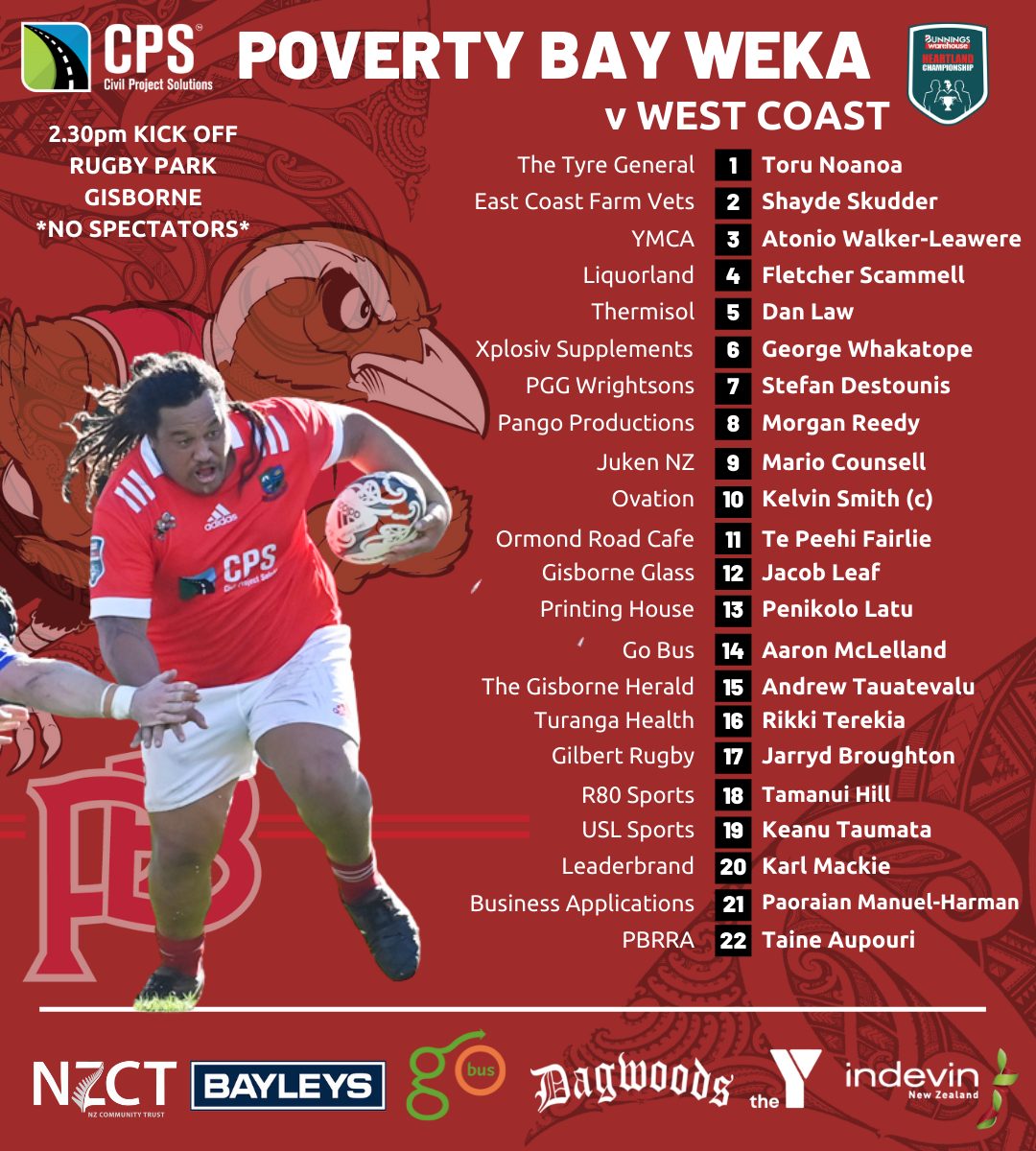 POVERTY Bay will be at home again tomorrow for what could be a season-defining clash against West Coast.

It’s been a rollercoaster start to the season for Civil Project Solutions Poverty Bay. They rebounded from a season-opening 65-12 loss to Whanganui with a crushing 76-14 win against Buller.

Poverty Bay co-coach Miah Nikora said tomorrow’s game would be the true test of where they stood in the competition.

After the opening two weeks, a picture is starting to form of how the competition will shape up, and another weekend of results will firm up opinions on the strength of different teams.

No semifinals are being played in Heartland rugby this year; with Covid-19 restrictions having shortened the season, every regular-season game is that much more important.

Poverty Bay will come into the game brimming with confidence. Their performance last week was some of the finest rugby played in a scarlet jersey in recent years.

They have created a tight-knit unit and are starting to see the payoff from the bold stance of not using loan players.

With a quarter of the eight-week competition already done and dusted, Poverty Bay will be eager to extend their season into the playoffs.

Nikora said the team had been training well this week, looking to smooth out the minor road bumps from last weekend.

“We’ve just been around a few things to tidy up, even though we’re happy with the performance,” he said.

“The big focus on Tuesday was tidying up bits and pieces in our defence, especially our phase defence.

“We weren’t happy with the last 10 minutes of the first half.”

A few niggling injuries were picked up from their encounter with Buller, but the team remains largely unchanged coming into this weekend.

The front row sees the biggest changes, with hooker Rikki Terekia starting from the bench, and Shayde Skudder starting. Prop James Higgins has been replaced by Antonio Walker-Leawere, with Jarryd Broughton the front-row replacement for this weekend.

Winger Tione Hubbard is also out this weekend. He left the field early last Saturday with a leg injury. He is replaced by Te Peehi Fairlie, with Taine Aupouri and Paoraian Manuel-Harman on the bench.

Nikora said tomorrow’s game would come down to who came together to produce the stronger performance. Having watched footage of West Coast, they expected a tough game.

“They have some good players in key positions and we know we’re going to be in for a tough game tomorrow.”

After their thunderous win last weekend, the Bay were ready for their next challenge.

“We did have a good win last weekend, but we’ve moved on from that,” Nikora said.

“We want to keep moving with a positive attitude.

“It all comes back to the team, the all-round team performance, and what’s going to make that better is the guys’ attitude and mentality.”