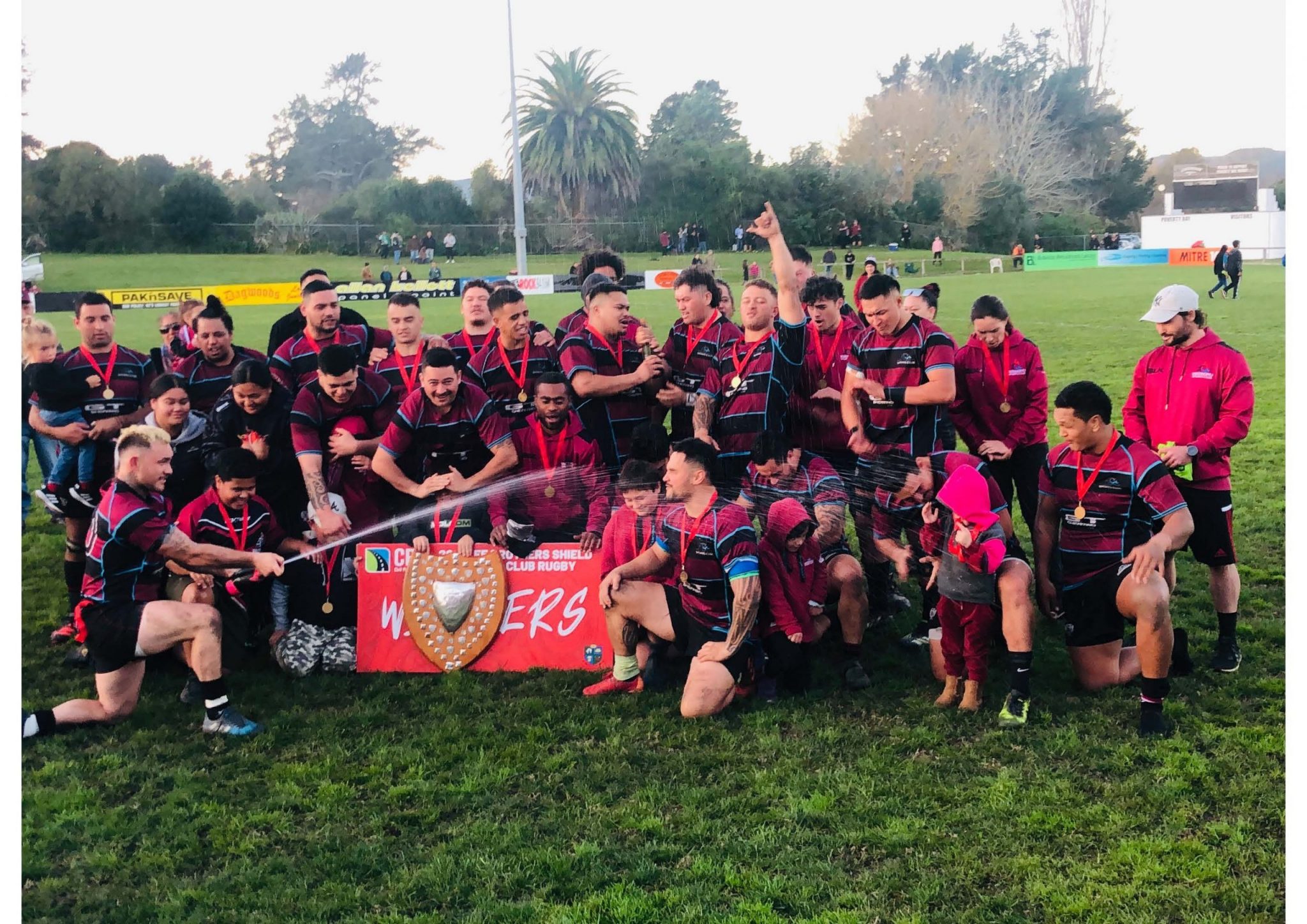 By The Gisborne Herald Jack Malcolm

The two teams threw themselves at each other for the full 80 minutes before GT Shearing Waikohu came out deserving victors, lifting the Lee Bros Shield for the third time in four years.

The Civil Project Solutions competition game had been in the balance for the greater part of the game — with just 10 minutes to play, Waikohu lock Adrian Wyrill scored a try to take their lead to 14 points.

Wyrill scored from a powerful rolling maul deep inside OBM territory after they’d kicked for the corner.

Enterprise Cars OBM had chances. They dominated first-half territory and possession but could not cross the line until early in the second half through lock Nicolas Carrizo.

Carrizo was the lucky recipient of a loose ball after his captain Rikki Terekia fumbled it close to the line on the end of a terrific build-up by OBM.

Waikohu had to defend for long periods in the first half but took a 7-0 lead into the break thanks to some individual brilliance from fullback Tione Hubbard, who was named man of the match.

A fantastic line by dummy runner second five-eighth Jacob Leaf made the OBM defensive line halt for just a second, giving Hubbard the space to use his speed to outpace both opposition wingers and score between the posts to open the scoring in the ninth minute.

Midway through the first half, Wyrill was shown a yellow card for a high tackle, with his shoulder contacting the head despite the player falling into his tackle.

Despite being a man down, the Waikohu line was able to withstand the waves of OBM attacks.

Waikohu started to turn the tide in the second half.

They were able to score a try back immediately after conceding the one to Carrizo, earning a penalty on the second phase after the restart. Waikohu kicked for the corner before another penalty gave them a scrum, and first five-eighth Kelvin Smith was able to break through the tackle of his counterpart, Jake Holmes, and cross the line to score and take their lead to 14. It was a tough game for Holmes, who missed all three of his attempts from the tee, including two penalties.

OBM tried to keep up with Waikohu, but they were starved of ball in the right places in the second half.

Waikohu player-coach Ra Broughton said it was their game plan to let OBM tire themselves out battering against their defence.

“We had to weather the storm for the first 60 minutes. We knew they’d come out to play, and we had to defend it.”

He said they had wanted to kick for the corners instead of taking the points, knowing that if they kept the pressure on, OBM would start to make mistakes.

Having only come into the team last year as a halfback and their coach, he said seeing them succeed had been an incredible experience.

OBM coach Clint Pirihi said he was proud of what his team had achieved this year.

“We accomplished a lot this year, and that’s what we’re really proud of . . . from where we were last year, not really being able to field a team (to now).

“The boys aren’t sour about the loss; the better team won on the day. They’ve been at the pinnacle all season.”

He said he knew Waikohu would lift coming into the final, but he was surprised how well they defended with their backs against the line.

“That’s how the cookie crumbles sometimes. You’ve got to stay in the game for the full 80 (minutes), especially against Waikohu.

“That’s something we can be proud of, we made them work for every inch of the paddock.”

Pirihi wanted to thank all the management, assistant coach, Jacob Cook, and players for the support he’d received in his first year as a premier-grade coach, “and to all the boys for a really good season . . . I’m really proud of all of you.”