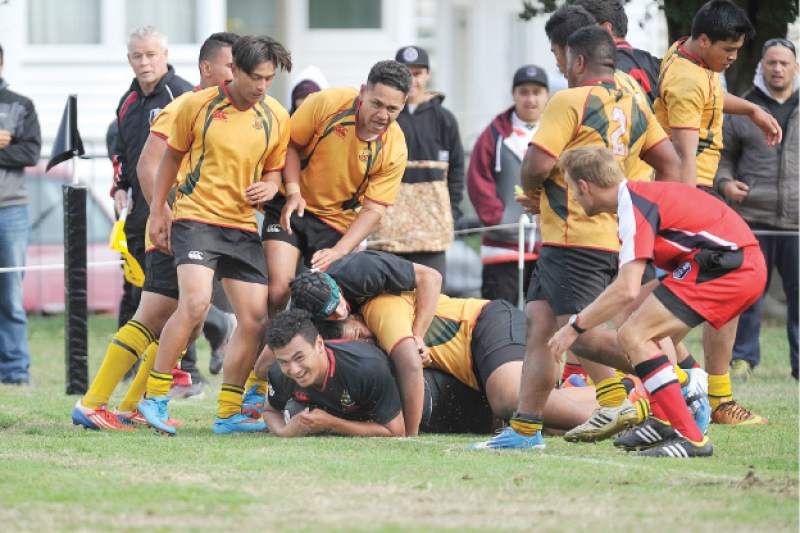 FORMER Gisborne Boys’ High School lock Isaia Walker-Leawere is one of 11 newcomers in the Hurricanes Super Rugby squad for next season.

Boys’ High first 15 coach Tom Cairns is not surprised by the 20-year-old’s promotion after he debuted for Wellington last year.

“Izzy has always had the potential, physically and skillwise, it was just a matter of time for him to mature on and off the field,” Cairns said.

“He’s still young for a tight five forward but the Hurricanes have had some injury issues with locks and Izzy will have a few points to prove, now that he has recovered from shoulder surgery.

“Right from the outset you could see he had the ability, and in one particular game for the Hurricanes Schoolboys team he ran the most distance of any player on the pitch . . . that says a lot for a big man.

“We’re all delighted for him and hope he goes on to fulfil his potential.”

The 1.97-metre, 122-kilogram lock has made 12 appearances for Wellingon, scoring two tries. He was a key member of the New Zealand under-20 team who won the Under-20 Rugby World Cup in Georgia this year.

Another former Gisborne Boys’ High first 15 player, Blade Thomson (Taranaki, loose forward), has recovered from a shoulder injury and will be looking for a big season after being touted as a potential All Black.

“He’s been unlucky with injuries so I hope everything goes well for him next season,” Cairns said.

Joining Walker-Leawere as a new cap in the Hurricanes squad are new All Black hooker Asafo Aumua and his Wellington teammate, prop Alex Fidow, who were also teammates of Walker-Leawere in the u20 team.

The Hurricanes open their Super Rugby season in Pretoria against the Bulls on February 25.

Meanwhile, a third member of the Gisborne Boys’ High first 15, Charlie Ngatai, will be hoping to add to his one test cap with a strong Super season for the Chiefs. Ngatai was tipped as a sure-fire choice to partner Sonny Bill Williams in midfield until a head knock forced him to miss all of last season’s provincial campaign. Ngatai returned for Taranaki this season, captaining them to a semifinal spot.