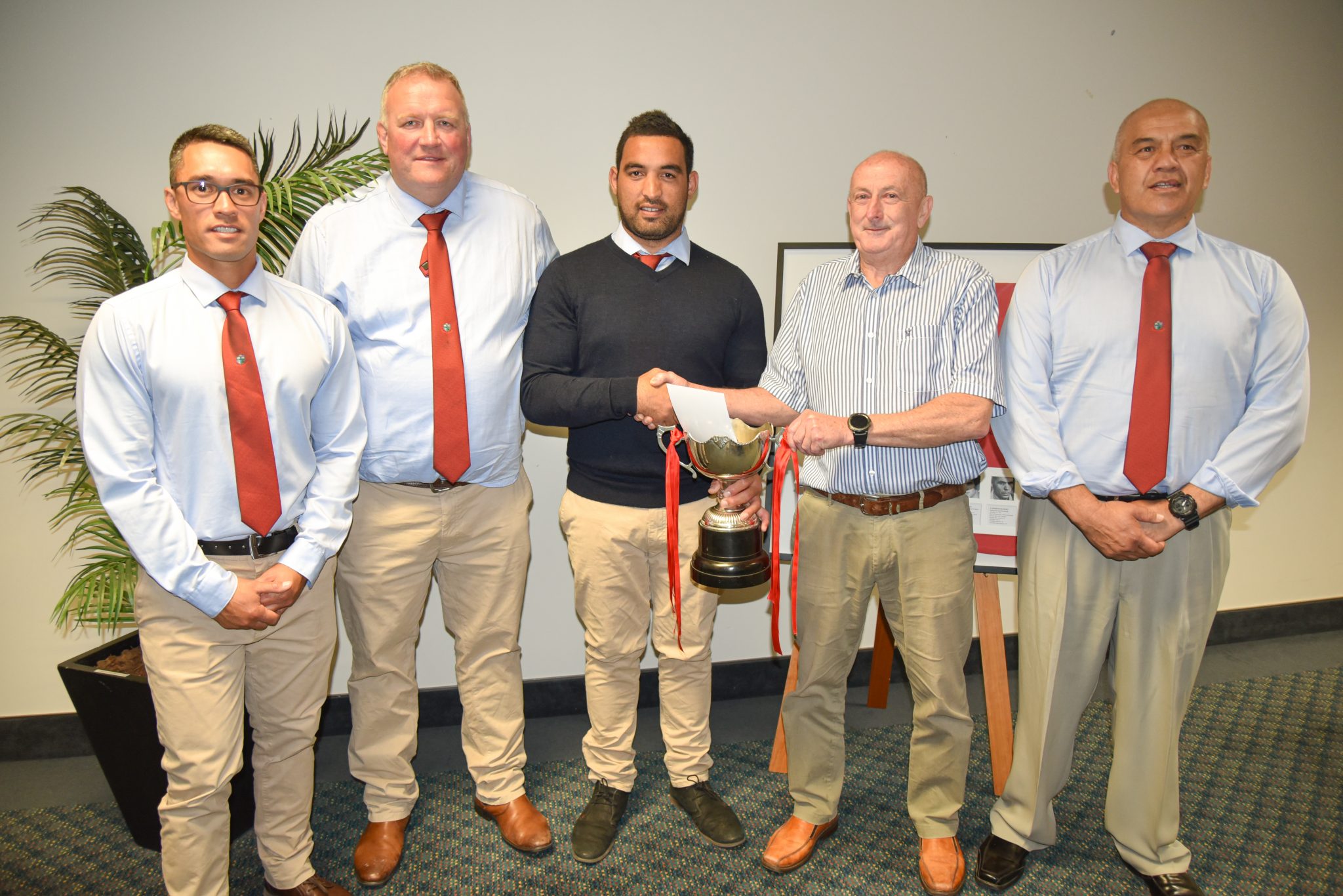 ADRIAN Wyrill made a real difference when he was on the park for the Poverty Bay rugby team this year.

They missed him when he was out with injury.

When he was there, the opposing teams in the Heartland Championship had to be alert.

If they weren’t quite switched on, the openside flanker would break tackles, and he was quick to the breakdown, ready to pinch possession of the ball.

“It was my first year playing in this province, so I feel pretty lucky to have received this award,” he said.

The Poverty Bay Rugby Awards were held at the Emerald Hotel. The function followed a season where Contract Consultants Poverty Bay had three wins from nine games, finishing eighth on the championship ladder and then dipping out in a Lochore Cup semifinal.

They also picked up eight bonus points — six of them for scoring at least four tries in a game — an indication they had enough firepower to cause problems for their opponents.

“He reads the game well. He made good decisions about when to involve himself in the game and was a threat on attack.”

Wyrill was always awake to chances to get turnovers for his team.

“A classic example was against Buller. He was yellow-carded . . . he was too quick for the referee . . . you could see on the video that we should’ve got a penalty.”

Beaudein Waaka was named best back.

In just a few appearances, the New Zealand sevens representative slotted in nicely to the Poverty Bay backline.

He added punch at fullback and, when he played first five-eighth, offered a silky passing game.

His talent was well illustrated in the game at Rugby Park against Mid Canterbury in September, when Poverty Bay pounced on a loose ball and Tapsell used his pace to head for the tryline and score.

He also impressed with his work rate.

Hooker Rikki Terekia, who often operated in wide channels and was a tryscoring threat there, won the award for best and fairest player.

Chase Sheridan was the u20 men’s player of the year, Niko Lauti picked up that prize for the u18 boys and Kitini Taihuka for the u16 boys.

Jordan McFarlane-Rofe made his debut for Poverty Bay in their Lochore Cup semifinal loss against West Coast. The Gisborne Boys’ High School first 15 captain and prop received the Benchmark Award for promising player.

OBM, who capped off an outstanding season by winning the Poverty Bay club premier-grade final 65-5 against YMP, were named team of the year.

Their coach Trevor Crosby, who took them to the title in his first year in charge, was coach of the year.

Article written by Grant Miller at The Gisborne Herald.