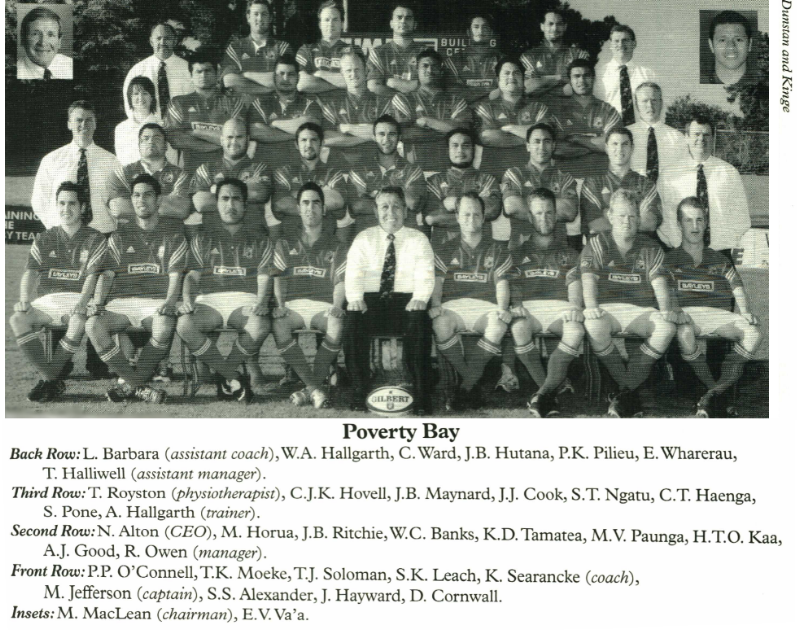 It was unfortunate that Poverty Bay lost several of its key players, mainly on loan, who had contributed towards the third division title in 2004 as the union could have had better results in its second division campaign. Even so, Poverty Bay proved worthy competitors in finishing with three wins, equal with Manawatu, and better than Wanganui and East Coast. After several years of being in the shadow of its rival neighbour East Coast, Poverty Bay has re-emerged as the stronger of the two unions, compiling 13 championship points as opposed to its neighbour’s nil. In addition to beating East Coast and Wanganui the prized scalp of Manawatu was gained in an exciting finish. Competing in the second division for the first time since 1993 the win over Manawatu marks the re-entry as one of success, rather than one of survival. In a grade where there is a wide margin between the top and bottom teams Poverty Bay did concede some high scores – so did many other unions.

The season’s success is attributable to the obtaining of former Samoan international Earl Va’a, an astute and experienced five-eighth, who made his debut against Manawatu. He had such control of the game that he became the home town hero before having as much as attended a training session. Va’a was served by an excellent halfback in Aaron Good, the team’s player of the year, while outside Va’a was the captain Mark Jefferson. Tau Moeke had some fine games at centre. Several wingers were used – Hone Kaa, Fijian Mosese Luveitasau, Warren Banks, Mosese Paunga and Daniel Cornwall – but the threequarters did not receive as many opportunities as they had enjoyed in third division.

The forwards were great competitors with youthful Willie Hallgarth outstanding in the lineout, he being well supported by Eru Wharerau and Jamie Hutana. Jeremy Cook was a lively flanker with the more experienced Sione Ngatu and Tom Solomon. Jamie Hayward was a regular substitute. Josh Maynard had his best season at prop and was never bettered, the promising 23 year old could go further in the game. Others to appear at prop were Chris Haenga and Colin Hovell with Joe Ritchie and Sefton Alexander being the hookers used.