Poverty Bay could look back on the 2014 season with much satisfaction compared to 2013. Their third appearance in the Meads Cup semi-finals ended with a narrow defeat to Mid Canterbury after a stirring comeback in the last quarter from 3-24 down to finish 24-29 behind. In a pre-Heartland first-class fixture, Poverty Bay suffered a 0-71 loss to Wairarapa Bush at Masterton. Just five weeks later, at the same venue, Poverty Bay turned it completely around with a 23-10 championship win. Significantly, only nine players that played in that heavy loss received regular match play afterwards.

The backline had plenty of exciting talent. Fullback Ethine Reeves had pace and was a good defender, and loan player Brynn Uriarau was outstanding and top try-scorer on the wing. Moss Doran and Tau Moeke, a former East Coast rep who had played for the Bay in 2005, formed an effective partnership in the midfield. But when the decision was made to shift Rico Gear into the midfield to bring him closer to the action there was an embarrassment of riches. The former All Black had returned from overseas to the province where he had made his first-class debut in 1997, and became the rugby development officer and assistant coach. His class showed with a brilliant try in his first match and a match-winning one against King Country. Sam Parkes and Clayton Kiwara partnered each other in every championship game.

Jake Paringatai was a valuable loan player at number eight. The former Northland and Super Rugby player formed a formidable partnership with openside flanker Brent Ingram (ex East Coast, who had last appeared for the Bay in 2009) in both attack and defence. Ken Houkamau forced his way into the blindside position with good performances to take over from Patrick Allen. Former All Black Hikawera Elliot made a comeback from his serious neck injury suffered on last year’s NZ Maoris tour. He came off the bench at flanker for 50 minutes against South Canterbury in his only appearance. Captain Murray Hewson was a good lock and led by example and was paired with Everard Reid (ex East Coast). The front row trio of Campbell Chrisp, Geoff Pari and Seymour Lambert played together in every championship match, while centurion Sione Ngatu was converted from a number eight to prop. He has missed only six matches in his 12 seasons.

Forty-three players were used, with 16 only appearing in the two pre-Heartland first-class matches. Of the 27 used in the Heartland championship, just seven were new, including Donny Mill, another player to have previously represented East Coast. Locals missing from last year were David Philander and Micaiah Torrance-Read (both Taranaki), and Jone Lesi (Bay of Plenty). The playing of Rico Gear and Hikawera Elliot against South Canterbury meant Poverty Bay had multiple All Blacks in a lineup for the first time since 1977. 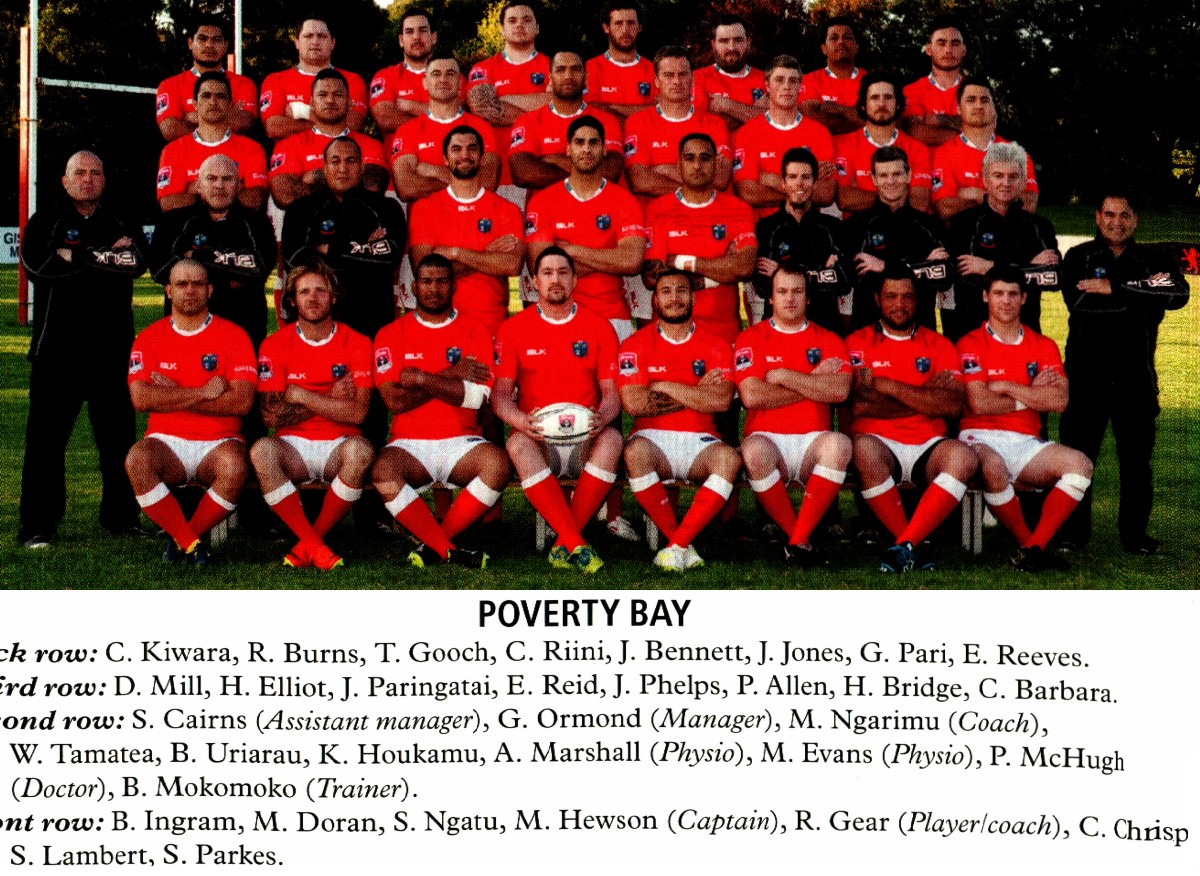